Tinubu at the 2022 EXIM Annual Conference

Tinubu at GTR Africa in London

London, UK - July 16th 2015 – London, UK – Tinubu Square, leader in credit risk software solutions for trade credit insurers and businesses, has today announced the appointment of Stephan Mignot as VP for North America. This strategic appointment will allow Tinubu to support its growth and pursue development in the US and Canada.

Already active for many years in North America, Tinubu Square identified early development opportunities and was a pioneer in creating new and innovative approaches with credit risk management software solutions. To strengthen its presence in this market, the company has recently opened new offices in New York now led by Stephan Mignot.

As part of his role, Stephan Mignot will work closely with Tinubu’s existing clients and build on the company’s successes and innovations to expand its business in a region with remarkable potential for development. He will report directly to Jérôme Pezé, President and founder of Tinubu Square.

Stephan Mignot began his career in Baltimore as a credit risk analyst at Euler Hermes ACI (American Credit Indemnity), the North American subsidiary of the Euler Hermes Group. In 2000 he joined the New York-based CBM Group, a financial services consultancy specialising in risk management, where he held a number of positions, before becoming Managing Director.

"Tinubu Square already generates more than 90% of its turnover outside France, so as part of our continued growth it was essential that we strengthen our presence in North America. This is a natural step for a software company with international leadership ambition," said Jerome Pezé.  “We are confident that Stephan is the right person to develop opportunities for our company in this territory."

Aged 40, Stephan Mignot holds an MBA in Finance from the City University of New York, Baruch College (Zicklin School of Business) and a BA in Business Administration and Marketing from Paris Dauphine University. 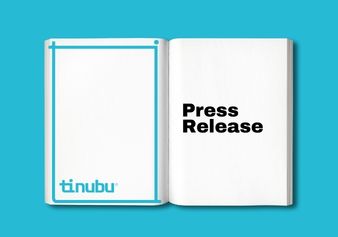